Do you need a full band to play heavy rock?

This guy doesn't think so... 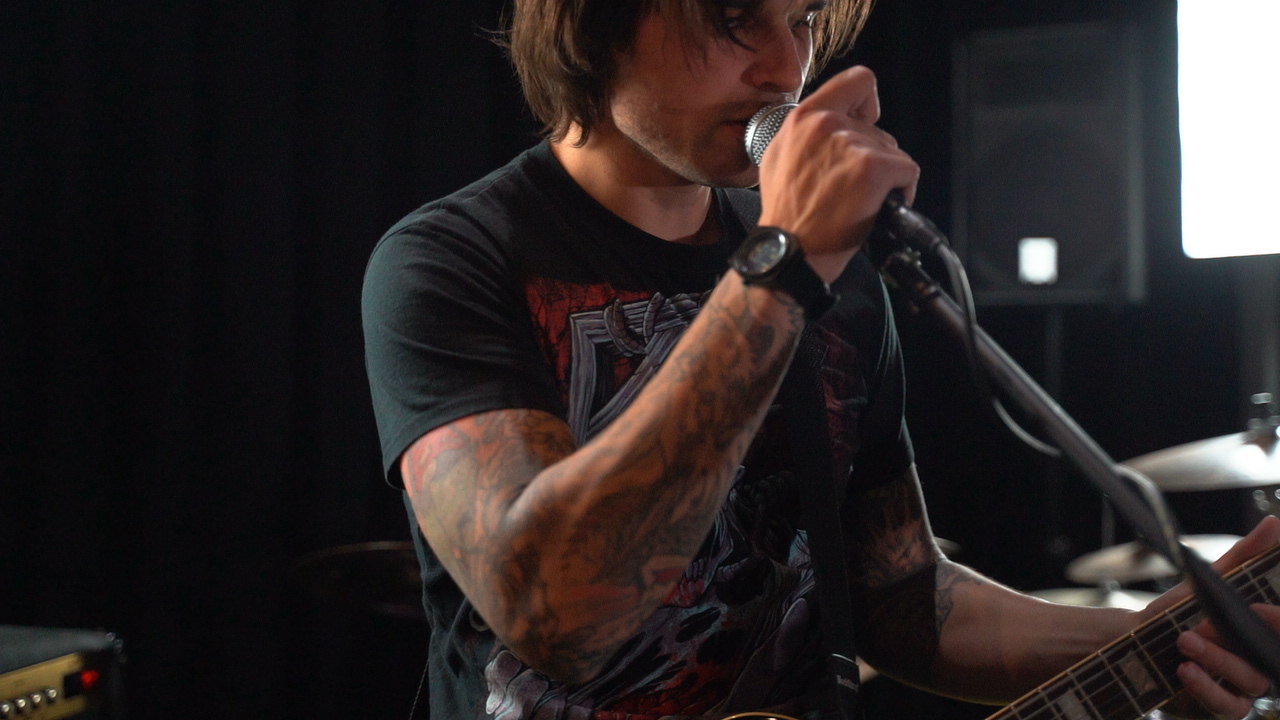 An Endless Passion for Music AND A DIY ATTITUDE...

The man behind Black Pug is Mo Ackermann, a multi-instrumentalist Brazilian guy who has been living in New Zealand for the past 15 years.

The concept of one member writing and recording all the music for a band might be uncommon in the heavy metal world but it isn’t anything new. Dave Grohl, Lenny Kravitz, Trent Reznor, Paul McCartney and others served as inspiration for starting the one man project.

The standard way of running a rock band usually means you spend thousands to record an album, then you spend more to promote it, and finally you go on an extensive tour to try and recuperate all the money you spent and hopefully make some profit. Then you repeat the process every couple of years.

After failing repeatedly trying to build a successful music career as a lead singer/guitarist in a few rock bands Mo realized that the standard way of doing things is not sustainable for the independent musician.

Instead of constantly touring and trying to get a million fans, Black Pug caters for what might seem a small fan base but where tight relationships can be built by regularly engaging through social media and only playing live shows if there is sufficient demand.

Black Pug puts out a new song and music video every month. Be it an original song or a metal version of a cover song, the goal is to bring music to the table more frequently.

Since starting in March 2019 Black Pug has released 3 original singles  along with a new cover song every month and has gained some traction in the social media platforms.

Some of the comments online include:

“Dude…….f**k me ….How good is that ! Your an absolute legend”
“Yo holy shit this is dope!!!”
“Congratulations! Great work! I’m really enjoying your music and your journey!”
“HIGH Energy Badassery?”
“Awesome work man, really enjoyed it. Great sound and lyrics, keep ’em coming.”
“Dude this was bad ass man. If your not already going places I am sure you will”
“Awesome track love it if u tour with session players you gotta go to Nottingham rock city uk you would go down a storm????????????????????”
“Well, this is amazing ????”
“I really like the voice, it’s got the three days grace vibe. Keep up the good work!”
“Hell of a song man! Very inspiring as I have always wanted to do this myself. I just sadly am no guitarist by any means just drums and vocals. Keep at it share more dude!”
“F***ing dope bro…????????????”
“Damn man! Nice work!!”

"I fell in love with the music from Black Sabbath, Rage Against the Machine, Led Zeppelin, Nirvana, ACDC..."

The rock and metal culture inspired me to learn how to play the guitar and soon enough I was playing original songs with my first punk band.
When I was 19 years old I moved to New Zealand and I played in a few bands here but my main one was a metal band called Rules Of Addiction. We were together for about 6 years and we signed with a record label, released an album, did loads of shows and had an amazing time! But we never really made any money. There are lots of costs involved with touring and playing live. Financially, It’s tough for a musician to maintain a career with only music and this is a big reason why bands get demotivated and eventually brake apart.

This is where Black Pug comes in.  I love playing live and making music but the fact Im not relying on touring all the time enables me to have different sources of income like playing in a local covers band, doing some session work in the region and other casual jobs while still having time to write and record my own music at home and spending time with loved ones. Im very grateful to everyone that supports me and my music and If I can inspire either one person or thousands to pick up a guitar and start making music like other artists inspired me, I consider I’m doing a worthy job!